On Monday 4 July 2022, we organized the second round of the Basque Tournament of Radofin 1292. We gathered five players in Bilbao (Basque Country) to play in the pub called "Bar Azteka", in Santutxu. We on put the TV and after playing another great console, Atari 2600, we put on the Radofin and we played three games: Spider's Web, Olympics (Football) and Air/Sea Battle. This time we played fewer games, but we enjoyed a lot with this old console.

The tournament was very even and in the end, although Egoitz got more points than the others, Ivan and Daniel played very well and were close to winning the tournament.

The idea is to play Radofin again next year. In December we will play the Second Basque Tournament of MPT-03. 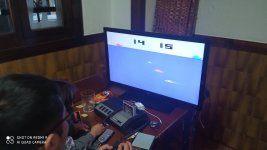 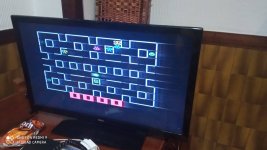 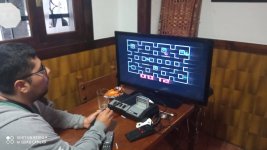 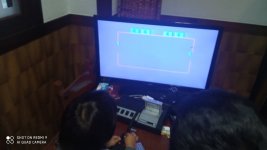 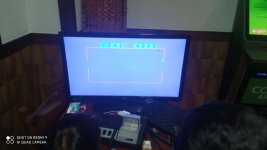