Unlike last time, we had no trouble tuning the Interton. We used SCART and after turning on the console the image appeared immediately. We played three games: Football, Paddle and Tank Battle. The best thing was that in all the games we played one against one so there was a lot of fun and competition. We laughed a lot and most of the games were very even and close. Playing soccer, Egoitz was the most decisive and won two games, finally beating Andi. In Paddle, on the other hand, Aitor was able to beat Egoitz in the final. Finally we played Tank Battle and in that game Egotiz was once again the best, beating Alex in the final.

Next year, if all goes well, we will organize the fifth round of the Basque Tournament of Interton. We will try to buy new games and encourage new players. 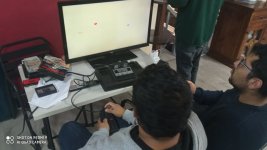 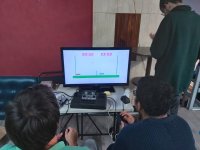 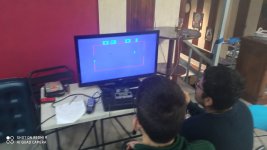